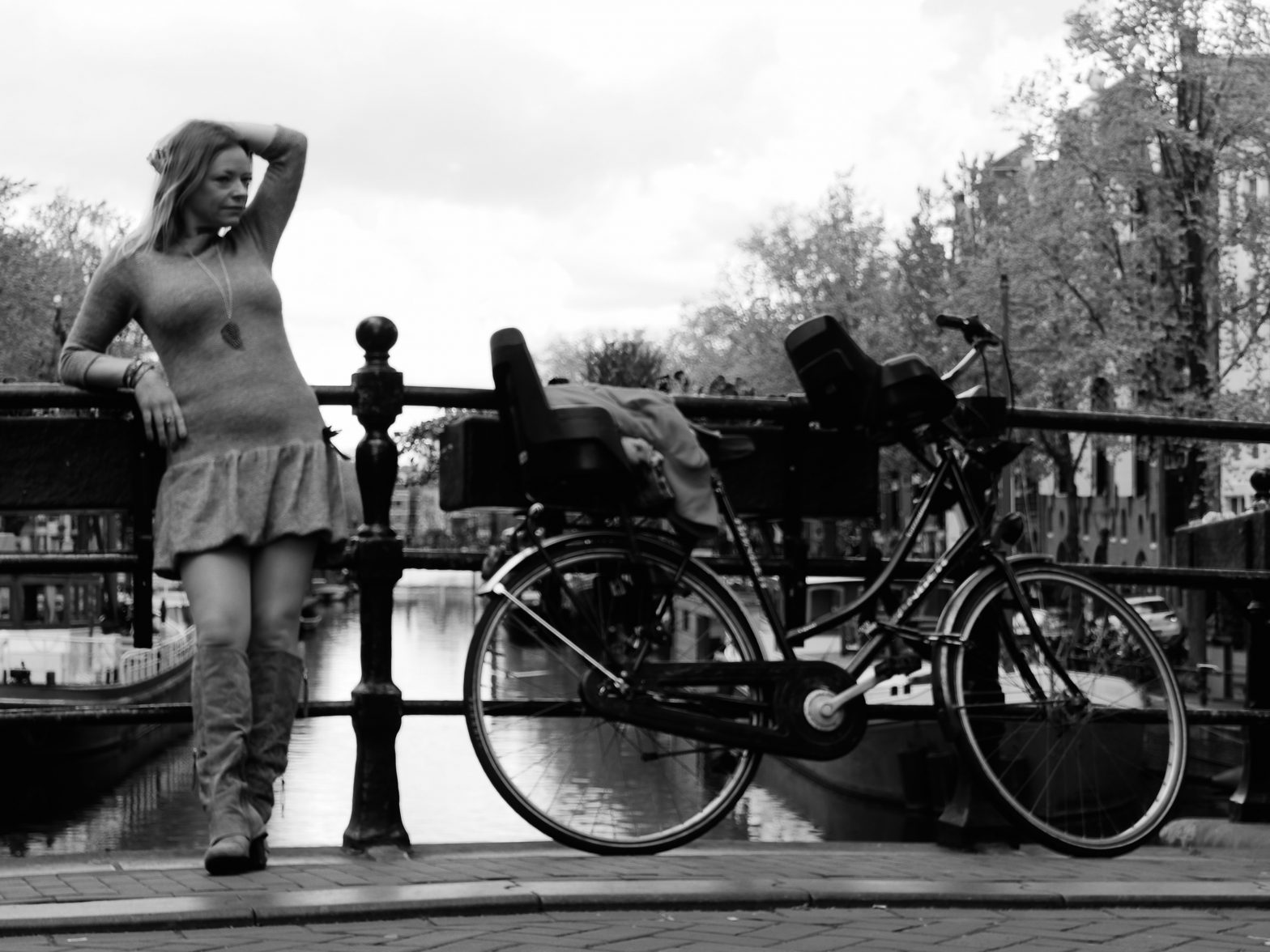 As a student of Dutch philology, I have travelled to Belgium and the Netherlands more than once to explore my interests and to learn about the countries I am studying.

When I went to Amsterdam, I had no doubts about the tourist attractions that I simply had to see. One in particular I was looking forward to – a visit to the Moco Museum of Modern Art. Once I got there on Monday to buy my ticket and start the tour, my attention was drawn to the high price of the ticket, which was simply too much for a student’s wallet. Full of hope, I asked the lady at the ticket counter if there was by any chance a student discount. Unfortunately, there wasn’t, but she informed me that on Tuesdays (dinsdag) until 4 p.m., tickets are half price.

This was great news, because I was planning to go home on Friday, so there was nothing stopping me from coming back on Tuesday – at least that is what I thought. Full of excitement, I did not write it down because I was sure I would remember it. However, the only thing I remembered was the first letter of the day of the week, “d”, which also stood for Thursday – donderdag. As you can probably guess, I confused the two names, and instead of taking advantage of the promotion on Tuesday, I went on Thursday and heard the painful truth.

You could say that the names of the days of the week or the months are a small part of learning a language, which you will learn in practice anyway. However, it turns out to be important when you come into contact with foreigners or plan a trip to a particular country. In this article I will list all the months, days of the week and seasons, as well as practical phrases and ways in which you can consolidate this knowledge.

Days of the week in Dutch

In the Netherlands and also in Belgium, working days are from Monday to Friday. Weekends are on Friday, Saturday and Sunday. Some of the day names can be associated with English equivalents, for example Wednesday is woensdag in Dutch.

As you have probably already noticed, every day’s name ends with the word “dag”, which means “day” in Dutch. When we want to refer to a day in a sentence, we use the preposition “op”.

If you want to use the plural of a day, add the ending “en”, e.g. Thursdays = donderdagen.

Important holidays in the Netherlands:

If this is not your first article about the Netherlands, you probably already know that the Netherlands is famous for its rainy weather and maritime climate. If you compare it to England, you will find that the temperature in the Netherlands is more ‘mild’ – it is about 2 degrees Celsius less in summer and about 7 degrees more in winter. The wind blows practically always and is much stronger than in England, regardless of the season.

The Dutch have a habit of complaining about the weather – no matter if it’s too cold or too hot; only the English complain more often. The weather is a good way to start a conversation with someone. So next time you are in the Netherlands and you want to talk to an interesting person, ask them, “Wat een weer, hè?” (“What horrible weather, huh?”), or when it’s really nasty outside, we can say, “Lekker weertje, hè?” (literally: “Delicious weather, isn’t it?”)

Below you will find the names of the seasons and examples of how they can be used in a sentence:

The seasons always have a “de”. When we want to say that something took place in spring, we also use “in”.

How best to learn days of the week, names of months and seasons in Dutch

Now that you’ve remembered how to say days and dates in Dutch, I hope you won’t make a similar mistake to me and confuse the day of a promotion for a museum ticket. The days of the week, the months and the seasons are in the early stages of learning and are not difficult to learn. However, if you don’t practise – if you don’t consolidate it – the simplest sentence using a date can give you a hard time.

Since these words are often used in combination with several numbers (when, for example, we are talking about dates), it is very important to also repeat them within whole sentences, so that you can use them reflexively in the future. A good example here is your date of birth, which you know very well. But when you say it for the first time in a whole sentence, it might not be so easy.

We have prepared all of these for you within our collections, with which you can start your Dutch language training today.

If you’re a beginner, you’ll find collections designed especially for you, which will help you to quickly move on to the next stage and continue learning at a higher level. Even if the phrases given seem easy, we encourage you to take a look at the collections below. Then, you will see that many simple phrases have already slipped from your memory and, thanks to this, you will not only remember them, but also consolidate them.

After a few weeks of practice with Taalhammer, you will notice how many of these phrases you have memorised and are able to pronounce fluently.